#NuNews: The Wrath of Kyle 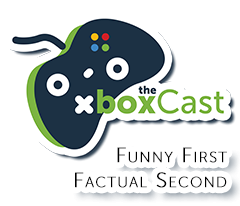 You’re welcome to write a letter of complaint to us.
We may even reply…

While the news has gotten noticeably quiet in prep for June, it doesn’t stop us from spending an hour ranting about things. The game play charts are not super exciting, Kyle is super close to buying Overwatch, and will Tiny Tina Wonderlands come to Game Pass?

Xbox is having a sale, and we think we’ve cracked the code for when these things happen. Is Simone right? Do these sales happen on the second month of the season? We’d love to know so we can put it in our calendar! And in the constant search for content, we go through some of the more interesting deals.

Unreal Engine 5 has dropped and looks amazing, but we’re a bit dubious of there being only 2 game engines in the world. Hopefully, it doesn’t come down to Unity VS Unreal… We’d be missing out on so many cool and interesting looks in games. But we can’t argue with how amazing UE5 is.

Microsoft has been accused of paying for chip priority. Also known as business common sense. And it’s working!
Xbox has been the top selling console for the past few months! Often outpacing the competition by a very healthy margin. Is it too early to say that Xbox is back to the glory days of the 360 – hardware wise at least?

We’re still knee deep in the April Achievement Challenge and would love you to join us. We’re also doing a step challenge, so if you can’t get some alone time with your Xbox, you can at least compete on the physical side!

Remember to pay the fee!
If you got any value out of this podcast, please rate it on your podcast platform of choice. And then share it with your friends.